Ken went out this evening to close the chicken-house doors and interrupted owl courtship. One of the owls was sitting in the pear tree, between the house and the chicken yard, and a second owl flew near the pear tree. Ken stopped, and the owl in the tree joined the the second owl in a slow, graceful airborne dance. They saw him and flew into the pines north of the house and then deep into the forest toward the Salt Fork.

The owl children should hatch about the first of March. They'll walk around the branches outside the nest in early April, and they'll make their first flight during the first week of May.

Owls use the nests of other birds, and I've seen two or three hawks' nests in the trees on the west edge of the farm. Perhaps we'll see the screechy little owl children as they grow up and learn to hunt. We heard them last year, but we were never able to see them.
Posted by Seven Sisters Farm at 5:01 PM 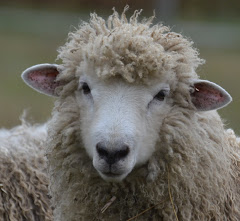 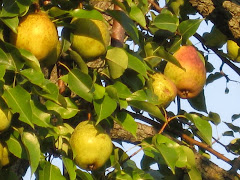